His brother is Notch but they are against each other, they are against each other because, Notch eventully did make him mad. You can spawn Herobrine but it rarely works, unless you have a mod or command block. Herobrine is a Mob, a strongly highly advanced mob, he isn't a real person. Even though people think He is fake, he can highly scare people. Herobrine can even instantly pop up instantly on your face! Herobrine is a highly advanced mob is because he can mostly do anything, including..crashing your game... giving you a fright..and etc. Herobrine is mostly like Slenderman but diffrent, the thing they have in commen with each other is that they can telaport. Herobrine does like fire, thats why he mostly burns players with them being a live, with either lava or Flint ' n ' Steel.  You have to be carful, because, he CAN randomly go to your world and SECRETLY watch you without YOU noticing! Be Carful and watch carefully as you go in Minecraft :O! 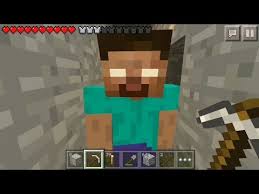